COVID-19 Please be assured that the practice is still fully operational. We have temporarily changed our services to help our clients by opening from Monday to Friday 8am to 6pm daily and weekends 8.30am to 12pm. Please note this is a this is a short term arrangement to minimise staff in the building and ensure robustness in relation to Covid. We have increased logistical capacity to help with delivery and collections at this difficult time. Please note, PMs need to be at the practice by 5.30pm to ensure they are performed the same day. 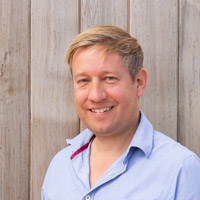 Philip has worked with poultry for much of his life. As his veterinary training advanced he carried out various projects with a leading pedigree poultry company. His work focused on the diagnosis of avian mycoplasmas.

Philip published in November 2008 in Veterinary Microbiology on Mycoplasma synoviae detection and strain identification using PCR technology. He now concentrates his time on diagnostic and advisory work in avian species.